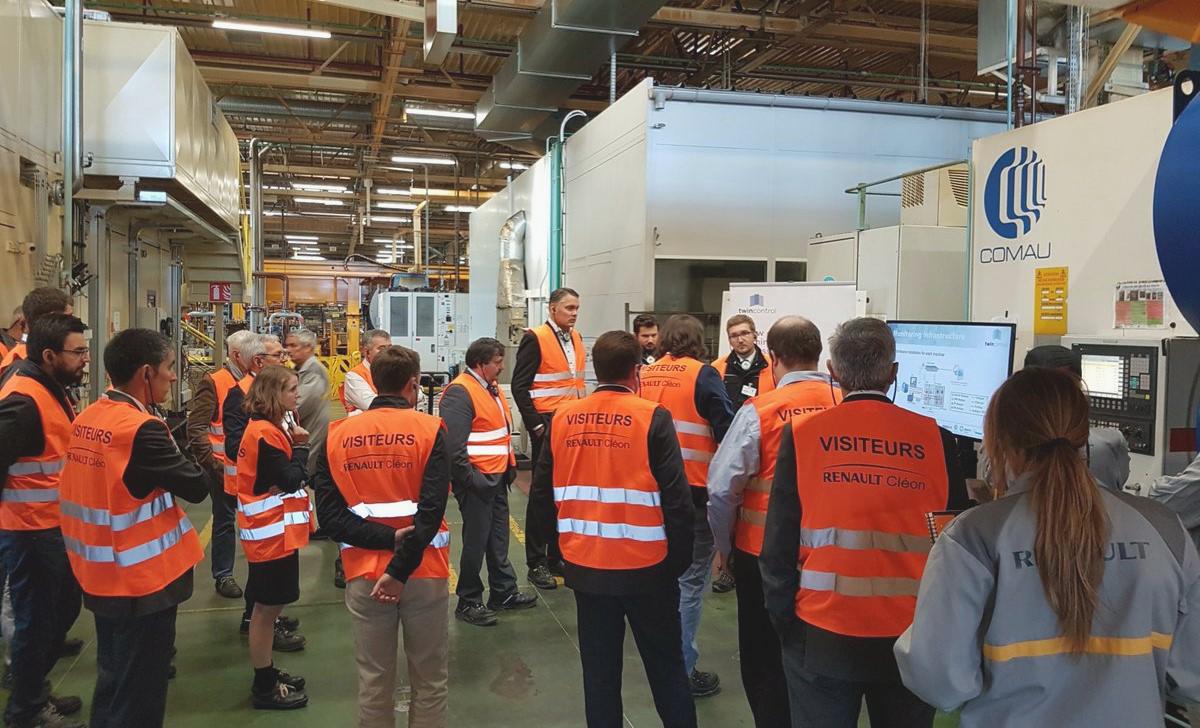 Last Wednesday, September 26, the Twin-Control consortium as well as project officer Erastos Filos and technical advisor Björn Johansson gathered at RENAULT’s facilities for the final review meeting. During the meeting, all project results were reported and pilot scenarios were presented through videos and live demonstrations. This meeting marked the official end of the project, which has been succesful in reaching its ambitious goals.

Twin-Control aimed to develop a new concept of machine tool simulation, unifying the different concepts that affect the machining process, combining advanced simultation models and including vital aspects in today’s industry, such as maintenance and energy efficiency. In adition, this new concept would allow for the integration of the actual machine state in the models, increasing productivity through model-based control and even assisting with predictive maintenance actions.

Twin-Control has been successful in developing this “digital twin”, thanks to the involvement of a multidisciplinary team, as project coordinator Mikel Armendia explained in an interview a few weeks ago. Project results have been validated in two key industries: the automotive and aerospace sectors, with additional demonstrations conducted in three leading pilot lines. Some of the most relevant project results include Local monitoring and control system, Fleet management platform for machine tools and Machine tool digital twin. A book detailing all project results is also ready for preorder, and will be available before the end of the year.

Twin-Control, with a total budged of 5.6 million euros, which has been partially funded by the Public Private Partnership (PPP) for Factories of the Future (FOF) within the European Horizon2020 programme, has been active for three years (September 2015-2018). The project website and social networks will remain active as a public repository.

book, end-of-project, final review meeting, project results, summary video
⇐ “A multidisciplinary team has been the secret for Twin-Control’s success”
© 2022 Twin-Control
Powered by IK4-TEKNIKER
This website uses cookies to improve your experience. We'll assume you're ok with this, but you can opt-out if you wish.Accept Read More
Privacy & Cookies Policy